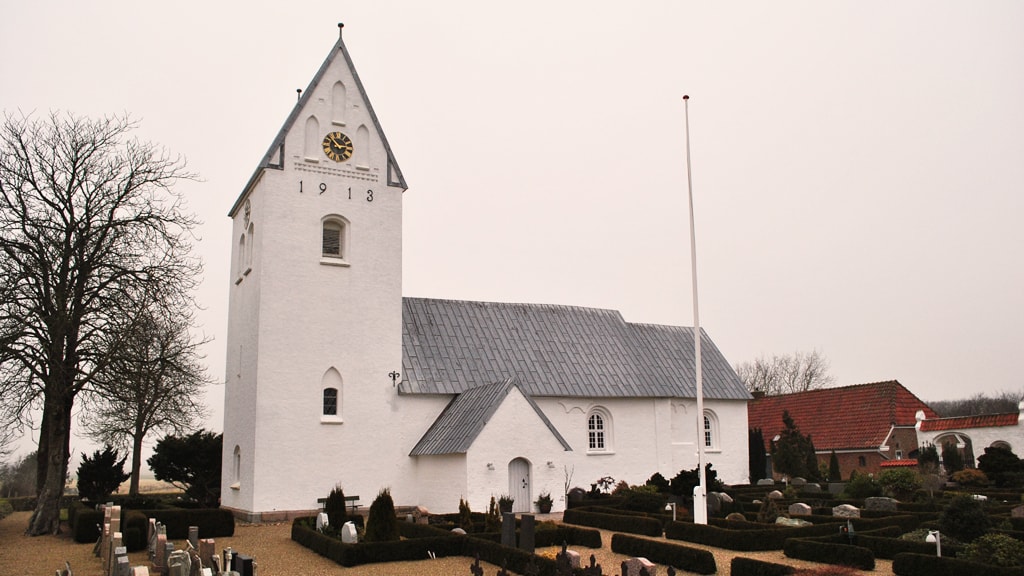 Like neighboring church Kalvslund, Hjortlund Church was built over two stages in the first half of the 13th century. The church is built in Late Romanesque style, and the building material is mainly the volcanic rock type tuf.

Only visible from the outside